Speaking during the contract renewal at Mount Soche Hotel in Blantyre, FDH Bank Plc Deputy Managing Director Mr. George Chitera said that as a bank, they have seen fruits of the initial investment over the years including the performance of the team at Cosafa tournament in South Africa and the scorching of the Zebras of Botswana to qualify for World Cup group stage in 2018. Recently, this year, we saw more fruits as the Flames qualified for AFCON 2022.

“As a brand that believes in growth, we are proud of the progress and the growth that the Flames are attaining and how the country at large is embracing the Flames and the FDH Bank Cup. We are celebrating this progress and the victories today by unveiling a new sponsorship deal. This sponsorship is separate from that of the FDH Bank Cup that has an annual sponsorship of K90 Million which translates to K270 million in 3 years.  Thus, for the next 3 years FDH Bank Plc is pumping more than K630 million for FAM and the Flames,” said Chitera.

The Football Association of Malawi President Walter Nyamilandu expressed so much gratitude at the exponential response of FDH Bank Plc of 100% sponsorship contract renew. 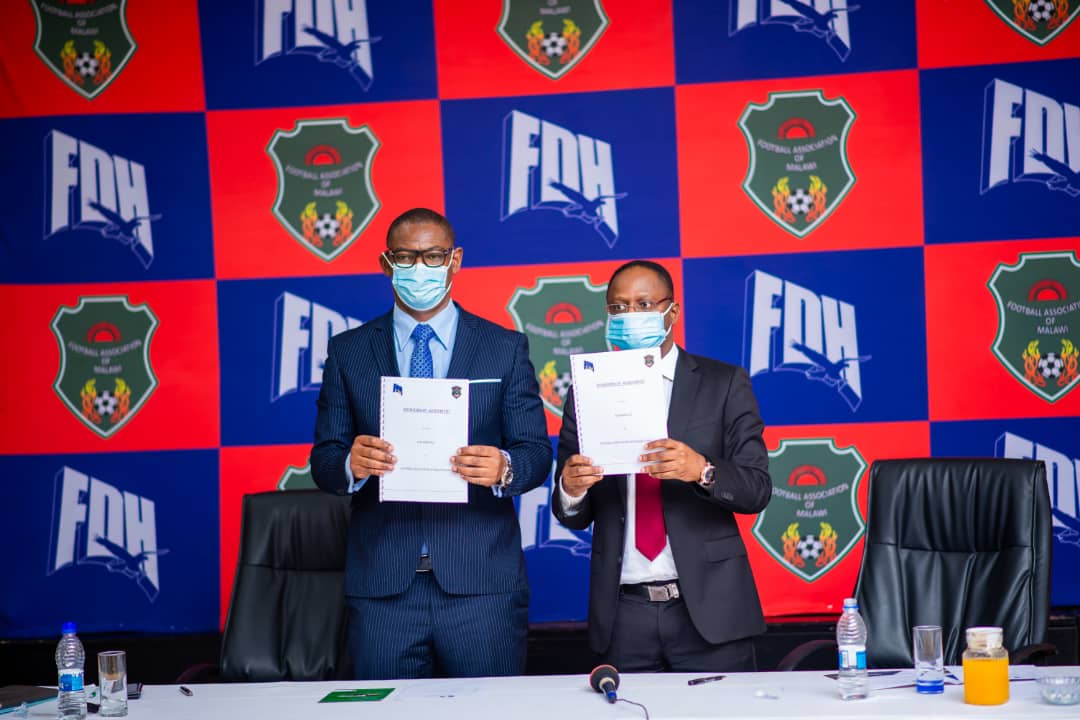 “This clearly demonstrates that FDH Bank Plc is a true friend of Malawi football. Not only a friend but we are talking about a serious partner that has vested interest because we have a lot of friends that will come and watch football matches with us, they will support us in one way or the other. FDH Bank Plc has become a shareholder that has put so much equity in football for the next years. This shows you mean well,” he said.

“You have walked with FAM and the national team side by side through the good and the bad times, during the COVID times, during the wins and the losses, FDH Bank Plc never looked the other side. FDH Bank Plc has confirmed what they said at the beginning of the sponsorship that they looked at the potential when most run away. FDH Bank deserves a special place of recognition in football for the unwavering support to football,” he added.